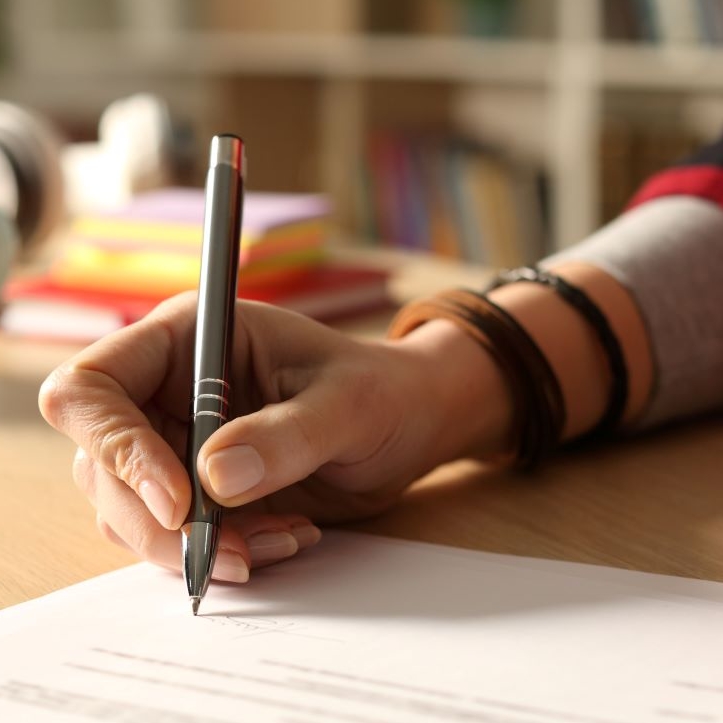 "Dreaming just doesn't make sense when it comes to record deals" - says Jesse Garon, singer and guitarist of the Hamburg band Sloppy Joe's. It's the exception to the rule that you'll have a stellar career, become filthy rich or world-famous. We spoke to Jesse about the supposed holy grail of the music world. The band now has their third record deal in the bag. On the way there she experienced a lot and gained experience. Here you can find out why disillusionment has set in.

After a successful EP, Sloppy Joe's wanted to release their first album "Eight Reasons To Rock" in 2016. Their debut is finally recorded and mastered.

They expect a record deal to give them a push in generating reach. That it helps to establish media contacts and gets the band on the radio and covered by music magazines and blogs. And that maybe in the long term it produces a few streams.

“We then sent emails with this album with a link to our band biography as well as pictures and video material. We sent that to 25 to 30 labels. We got feedback from three. But the feedback was also good."

Because among them is a label from Osnabrück, whose A&R (Artist & Repertoire) calls Jesse right away. The label is seriously interested in a collaboration.

The employee listened to the songs. He takes the time to explain the advantages offered by the label. Describes how everything ties together and works. And he has a realistic view of the music industry's status quo as CD sales have plummeted in recent years.

Sloppy Joe's ask for a standard draft contract. For one thing, so they know what's in it. Secondly, to have a good look at it in a relaxed way. They receive the draft record contract on the same day. Including fair percentage profit sharing with the label.

“They were very transparent, open and also very honest about the opportunities they offered us. So we released this album from there, both digitally and physically on CD."

The Osnabrück-based label set up a timetable for the release in September. It clearly defines when things like the artwork or press materials have to be ready or when singles and videos are released. They take care of the promotion and distribution of the band and their music.

Sloppy Joe's hold their debut album in their hands as a physical product more than a month before release. And are kept up to date all the time on which platforms it is being played or reported on.

"It's just a good feeling to know that the plan is in place and everything is going well now."

After doing well with the first album, Sloppy Joe's were hungry for more. So in 2019 they expect an even bigger hit with album number 2 "Devil's Music".

They switch to a label from Baden-Württemberg, which had already shown interest in them with their first record. The label promises to market the band really well, including placing them on soundtracks.

That struck just the right chord with the band from Hamburg. Although there were some people advising against this very record company, Sloppy Joe's was not deterred.

They check the contract carefully and have some clauses removed, and after all, well-known artists are already signed with the label. That's why they put all their eggs in one basket, sign an exclusive contract this time (thereby ceding many rights) and hope that their second album will go through the roof.

"With the second contract, pretty much everything that could go wrong went wrong."

And then something happens that you wouldn't wish on any band:

The bitter thing about it: The band has little opportunity to intervene. It is hardly possible for them to rectify the situation themselves. Jesse calls the label countless times. However, it always defends itself and looks for external partners to blame. It makes no effort to correct its mistakes or to find swift solutions, compensation or ways to remedy the situation.

"All in all, it was a really bad flop. The thing that made me so sad about this story: This record company did not do any creative work at all. We had already handed them over a finished album, artwork, press texts in German and English, as well as high-end produced music videos. It all came from us, but they didn't even listen to the songs to assess, for example, which track might be a good single. They just didn't give a damn. They were happy to take our money. But they just did what they did badly."

Jesse describes the label's work as unprofessional and is disappointed that there was no acknowledgment from the label for his own mistakes. At least Sloppy Joe's still managed to land a few radio and TV appearances on its own even in the midst of the 2020 pandemic.

1. Pay attention to contracts with an initial term of more than one year

Typically, the initial term of a record deal is one year. In some contracts, however, this one-year term is followed by several option periods. During these periods, the record company is free to extend your contract for additional periods if they like the material you produce. Make sure that the option periods are eliminated. This is how you prevent a record company from controlling your life and creative work for an inappropriate period of time. No gagging contracts!

2. Take a critical look at the royalties in the contract

Royalties can vary greatly depending on your name recognition and past success. This is also part of the label's risk calculation. For new artists with little to no name recognition, a royalty rate of 5 to 8 per cent is typical. Emerging artists typically receive between 10 and 14 per cent in royalties. The range is open at the top. Don't let a record company convince you that 1 or 2 per cent royalties are the standard. Some record companies lure unsuspecting artists with relatively large upfront fees (instead of royalties) to give them an initial sense of success.

3. Get a release commitment

4. Make sure you can check record company royalty payments

Without honest communication and detailed records, the relationship between artist and label can quickly result in conflict. An audit clause gives the artist the option to hire an external auditor. He goes through the record company's books and records and makes sure the artist gets what they're contractually entitled to. In many cases, the artist has to pay for this audit. However, many audit clauses stipulate that the record company will bear the costs of the audit if a large discrepancy is proven.

5. Watch out for hidden fee deductions

Even if the fee is reasonable, you should look for the famous proverbial catch. Before the record company pays anything, it is usually allowed to recoup a large part of its expenses through "deductions". This includes recording costs, video production costs, physical copy costs. Some record companies deduct enormous sums for royalties, thus guaranteeing that you as an artist will get hardly any money. Pay attention to deductions such as the deduction of the salaries and benefits of the record company owners. Also look for deductions that give the label a blank cheque, such as unlimited deductions for travel, hotel stays, car rentals, meals and entertainment, and other expenses that a record label might use to cheat you out of your money.

Sloppy Joe's switch back to the Osnabrück label they started with for their third album. They look forward to a renewed excellent cooperation and the trust that has already been built up.

"They stand by what they say. And also speak up when things don't work. That's the most important thing: That you draw clear boundaries and also say clearly what is not possible. You just have to know that as an artist, because dreaming just doesn't make sense. This is more likely to be damaging to oneself if goals that are set too high cannot be achieved."

Jesse's conclusion after such an experience is that a record deal is no longer the be-all and end-all these days. He believes it is important for artists and bands to grow organically and slowly build up their reach through concerts, newsletters and social media.

“I would recommend everyone to just look for a distribution opportunity. You hardly need more than one music publisher these days. And very important: Register your own songs with GEMA and GVL. Because as soon as a song is played live or on the radio or on TV, you're already making money with your own music."